For years I liked collecting what I call religious propaganda, which basically refers to anything faith-based that someone is handing out on the street, and other things like glow-in-the-dark Mary candles and Bibleopoly (actually kind of a fun game). I decided to use the handouts to recreate the Brooklyn Girls Baywatch Babe. Not sure it worked that well because the whole point is the contrast between the papers, and it’s also such small pieces that you can’t really tell what’s written on it, but it was a fun project nonetheless. 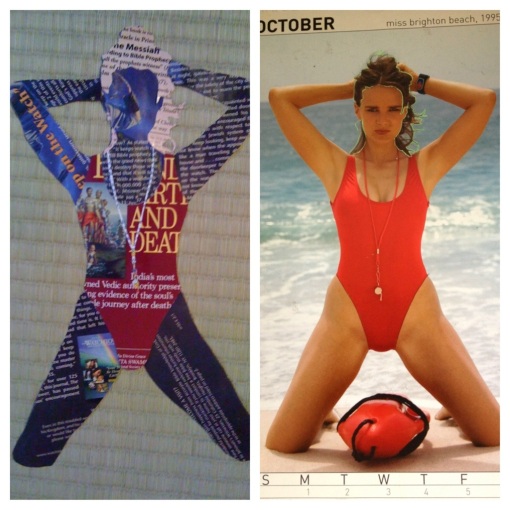 Rae grew up in Minneapolis, moved around some, and now lives in New York City. All blogging is done from her phone during her morning subway commute.
View all posts by raealize →